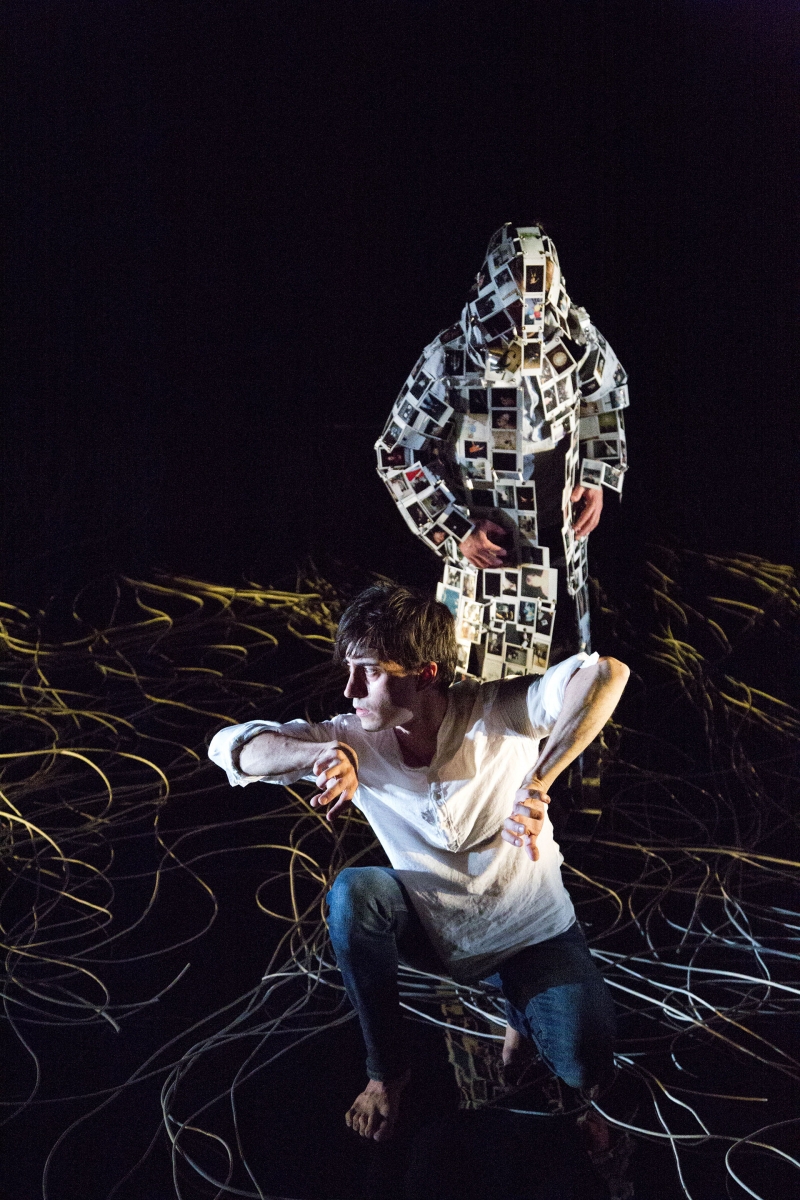 Flux Laboratory will welcome from October 28th to 31st Mehdi Duman from the Divisar company. Mehdi will work on the third and final part of a trilogy entitled "Memory Trilogy". This trilogy tells the journey of a character named Virgil through his memories affected by Alzheimer's disease.

Each chapter of the trilogy focuses on a specific theme. In this third part entitled "IMAGO", Virgile will continue his dive into memories, among the mechanics of neurons, among the images, among the duplicity of reflections that returns his decor. At the beginning of the show, he understands what to look for. He will then begin the quest for a key memory, which was buried deeply in him all his life, a memory that forms his being, which is the haven of his personality. By plunging into his memories, Virgil is facing himself and trapped in a glass bell. He sneaks into the archives of his story, his being, to find the key, his imago. His Odyssey across the synaptic country will allow him to join his haven, his Ithaca.

This third and last chapter of this trilogy on memory and Alzheimer's disease is scheduled at the Etincelle Theater, maison quartier de la jonction in Geneva, with the Premiere on February 26th, 2020.